The JB Carr team kicked off the knock out stages of inter-club matches on April 29th with an away match (all 5 matches) against Craddockstown and had a great win. JB Carr is Scotch Foursomes for members over 60 years of age.

The first match featured Peter Sinnott and Tommy Meredith who was making his debut in inter-club competition and took to it like duck to water! They raced ahead with some great golf (pars and birdies) and secured a 5 and 4 win.

Next up was Michael Kiernan and Larry Jordan who came up against a very strong pairing, one of whom had a handicap index of 4.6. Craddockstown won this match by a 5 and 4 margin.

Third match out for Castlewarden had Paul Whelan and another debutant to the inter-club scene, Vincent Kirby. This was a very tight match with Craddockstown eventually prevailing 3 and 2. We were now 2-1 down with two matches to play. Fourth match, Tony Clarke and Kieran Macklin, raced into a commanding lead of 5 up after 7 but were pegged back to be 2 up with two to play. Anchor match had John Beirne and Peter Charles together and they were 2 down with three to play. Tony and Kieran couldn’t secure the vital halve over the last two holes so that match went down the 19th. A great chip in for birdie from John on the 16th and a good win on the 17th brought their match all square going down the last. Peter just missed a par putt to win that hole so this match also went down the 19th. Tony and Kieran secured the win with some steady play on the 19th. A great second shot by Peter put Craddockstown under pressure and they pulled their third shot, to the par 5, left and it trickled down to the water edge. John hit a fine third shot to the centre of the green. Craddockstown failed twice to reach the green from a very difficult position with the ball eventually going into the water. Handshakes all around! So, great fighting spirit shown by Castlewarden and we await the winners of Palmerstown House vs The Royal Curragh in the next round where all 5 matches will be played in Castlewarden.

Hopefully this is a sign of good things to come for all our inter-club teams this year.

The takeway from this match is never give up, keep battling until the very end! 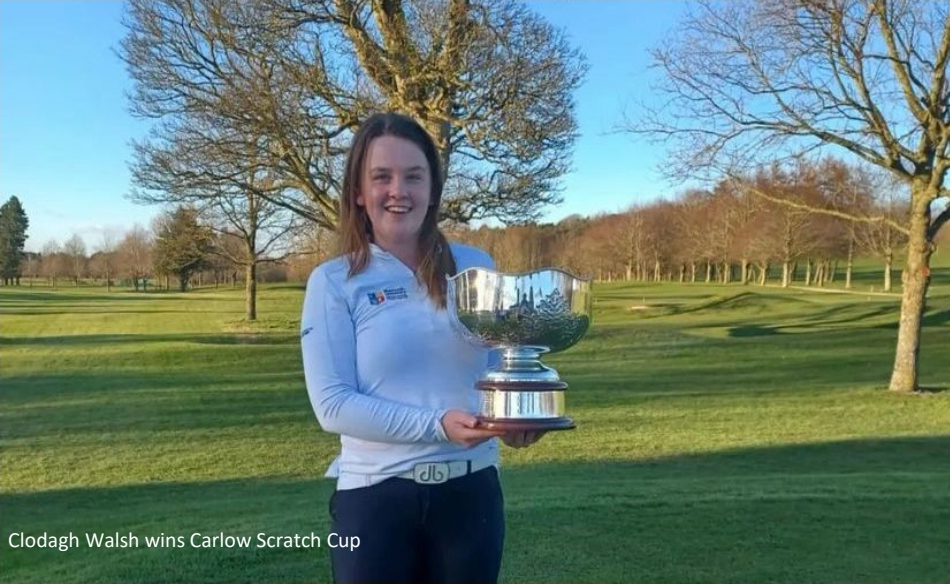 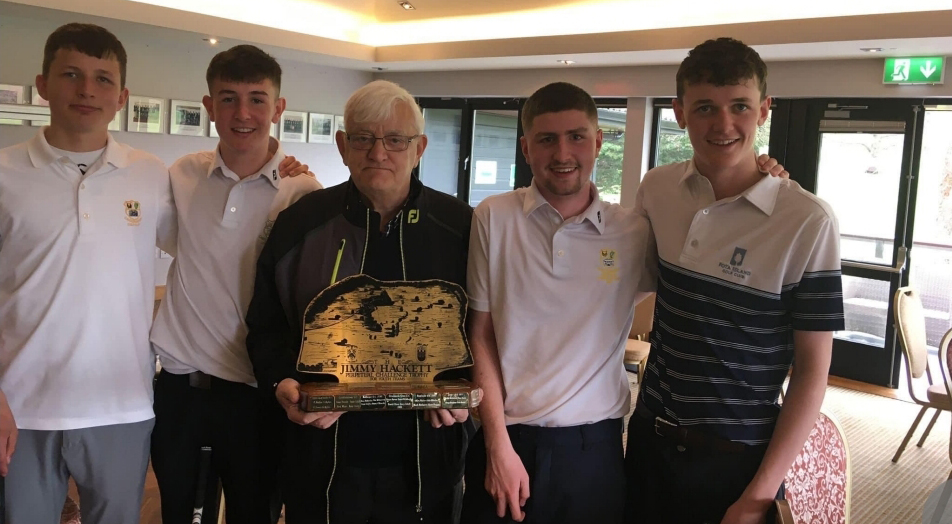 The interclub games are upon us and below is a summary of dates for matches thus far;

Please note the dates and support your fellow members in these events.

Updates to follow on remaining fixtures and of course results will be posted as they come to hand. 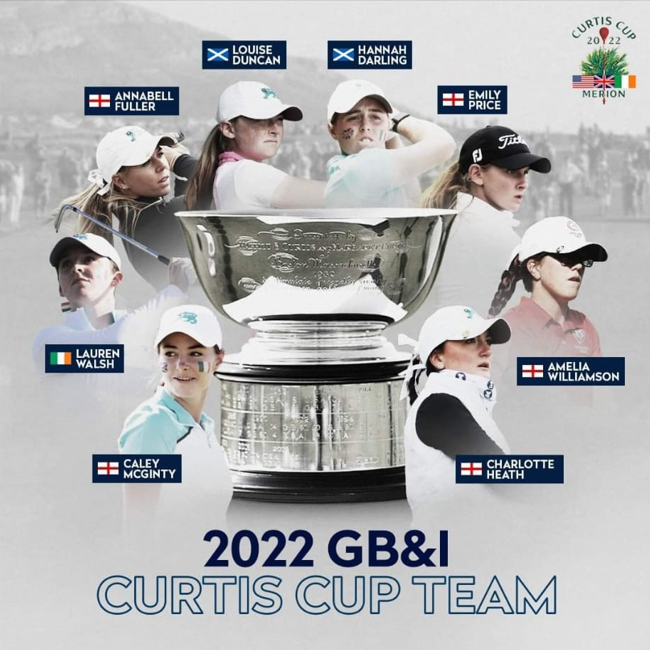 Congratulations to Lauren Walsh who has been selected to represent Ireland at the European Amateur Team Championships next month. A fantastic achievement and we wish her, and the rest of the team, the best of luck.

Find out all the details here:

Lauren Walsh finished second in the recent Palmetto Intercollegiate, helping the Wake Forest women's golf team to win the title. Lauren is currently ranked 28th in the World Amateur Golf rankings, and closing in quickly on the top 20 after this great result. Congratulations Lauren from all at Castlewarden Golf Club.

Hole in One for Owen

Congratulations to Owen Carroll on having a hole in one on the 2nd hole while playing in the Captains Qualifier.  This was proudly witnessed by his Dad Robert.  Well done Owen,  That's one way of qualifying for next weeks Captains Final Day.

Best of luck to Captain Vincent Hendrick this weekend.  Captains qualifier will be held tomorrow Saturday 12th and Sunday 13th September.  Good luck to all those taking part.  This is a strokes competition with the top 70 qualifying.  Please indicate on your card whether you are available next weekend to play in the final day on Saturday 20th.  Play well, enjoy your game and stay safe.

Check out Tee to Green in Thursdays Irish Independent for the latest on our member Lauren Walsh at Wake Forest. Well done Lauren, we are very proud of you.

Now that the Covid 19 restrictions have been eased in County Kildare we would like to welcome all members back to playing.  It has been a busy week since we reopened.  We had the Vice Presidents Prize at the weekend and next weekend we have the qualifier for Captain Vincent Hendrick's prize.   There are lots of major competitions coming up so keep an eye on your emails for notifications.

We would also like to welcome our new Assistant Pro Caolan Smith.  Caolan will be be assisting Brian in the Pro Shop.  We would ask all members to welcome Caolan and allow him time to adjust to his new role.

May we also remind all members to remember to keep your social distance and adhere to all HSE guidelines while playing or entering the clubhouse.

Stay safe and enjoy your golf.

Thank you to all our members who live outside of Kildare for your continued adherence to the Government guidelines.  It is much appreciated.  We hope we will be back to normal playing shortly.  In your absence the course is being maintained to its usual high standard.  In the meantime, stay safe and we look forward to seeing you soon.

Due to the particular warning by our acting Chief Medical Officer Dr Ronan Glynn for people in Kildare, Laois and Offaly we are asking members to be extra careful.
Please enjoy your golf but remember your social distancing, hand hygiene, cough/sneeze etiquette.
Please stay at home if you are experiencing any Covid 19 symptoms.
Take care, stay safe and look after each other.